How Cowboy Ernie Finds His Yodel! 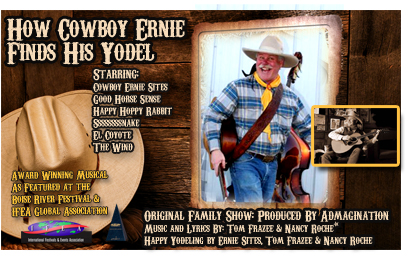 Creating an award winning children's show is a blend of songwriting, vision, design, staging and performers.  "How Cowboy Ernie Finds His Yodel" was created by Tom Frazee and Nancy Roché as a featured show on the Meadowgold Dairy Childrens Stage at the Boise River Festival, a regional festival that attracted over 250,000 attendees during the last weekend of June in Boise, Idaho.

The show ran 14 times over a 4-day period and on Saturday (the third day of the Festival) drew record crowds at it's 3pm performance.  Approximately 2000+ attendees saw it during it's premier at the Boise River Festival.  Not only were we responsible for the concept and storyboard, but we wrote all the original music, designed the unique 3 sided revolving stage and developed the technology to have the show be a combination of sync'd playback as well as live performance.

We wrote all the music, recorded and produced the tracks in our studio and storyboarded the entire show with script in 4 days!  One appropriate saying we're fond of "I once read where it takes an oyster 8 years to form a perfect pearl...somehow we are able to crap one out in a day"-Brad Elsberg / Producer / Elsbergonline 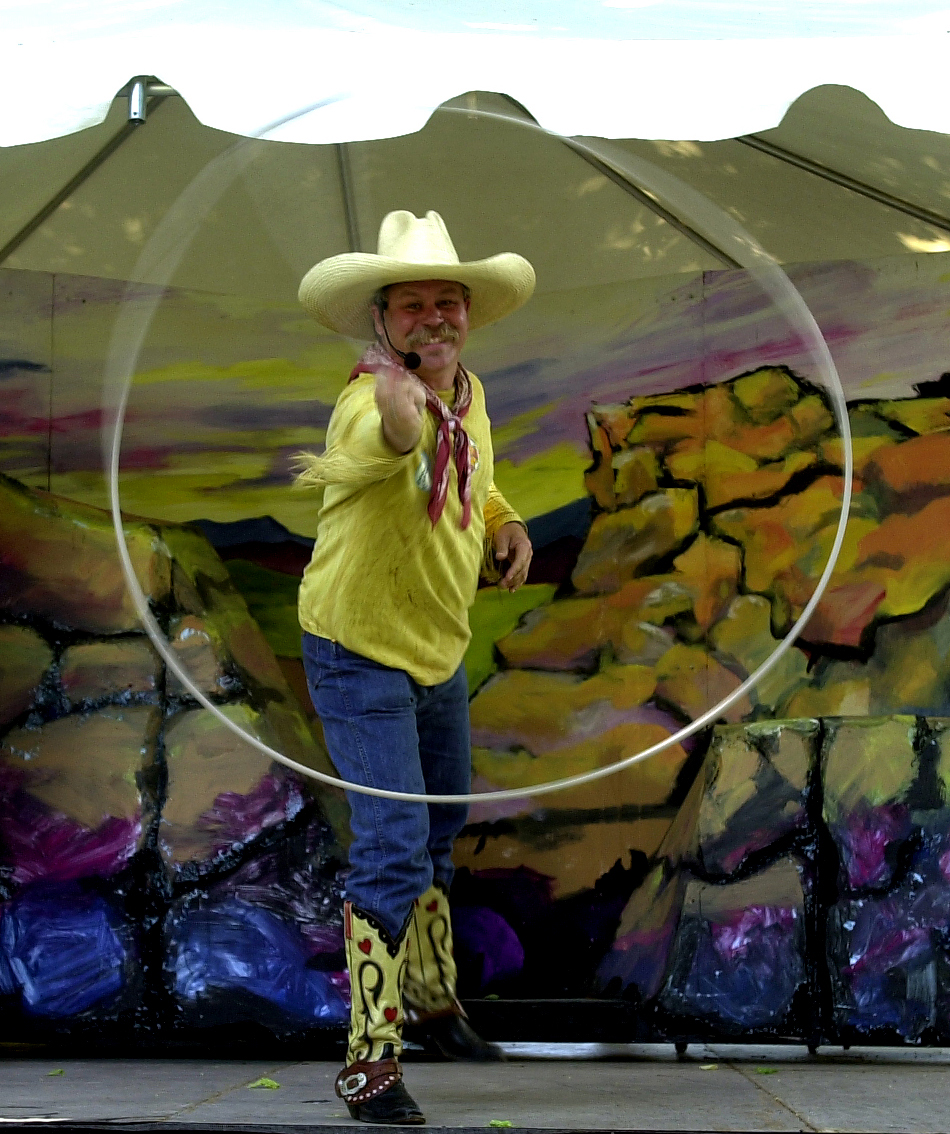 What started as a need for a main show to fulfill a title sponsor contract became a timeless childrens show about Cowboy Ernie (Ernie Sites / Cowboy Poet, Songwriter, Chuckwagon Cook) and how he and his sidekick "Good Horse Sense" (or "my good horse", Sense) went off to find his lost yodel.

The show premiered at the Boise River Festival then went on the road several times for several corporate retreats, an appearence at SeaFair (Seattle) The Portland Rose Festival, and at the IFEA Annual Global Conference where it received the Pinnacle Award for "Best New Event or Show".

The process started when we were asked to come up with a replacement for a previously booked childrens show that had to cancel 4 weeks out from the festival.  We contacted a wonderful cowboy poet, Ernie Sites to see if he was available for the date and asked him if he could star in our show (which we hadn't written yet).  A very large six figure title sponsorship agreement was on the table.

So here's the process we followed.  Click on any link to see the documentation

Ernie during his quest to find his lost yodel, came across 3 desert animals that tried to convience him he didn't need his yodel to be happy...they had their own version of happy...right here! He also had help from the wind that appeared to him in a dream while he slept.  And of course his Good Horse Sense!

Theme Song: Happiness is Like the Wind (sung by Nancy Roché) Click here for lyrics (set to choreography by Teresa Vaughan.  This song appeared in a dream as Ernie slept)